Lessons in Human Factors Management from the #Chapecoense tragedy

A passenger jet carrying 77 passengers plummeted into the Colombian mountains on Monday, the 28th of November 2016, killing 71. It virtually wiped out the top Brazilian football team ‘Chapecoense Real’ and left the 6 survivors with life-changing injuries – both physical and mental!

Aftermath of this tragedy has seen several very quick actions taken. The airline, LaMia – a Venezuelan-Bolivian enterprise, has had its AOC suspended and in addition to the accident investigation, finds itself also under investigation to establish how it obtained its AOC in the first place! The Government of Bolivia (Ministry of Public Works) decided to change the directors of DGAC (who incidentally was son of the company’s Chairman and held rank of a General in Bolivian Military) and the Administration of Airports so as “not to pollute the investigation.” The Chairman of LaMia Airlines is under ‘Preventive’ custody and likely to be charged shortly with ‘Involuntary Manslaughter’. 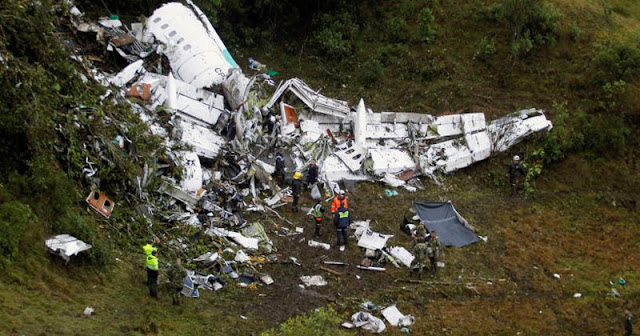 It was confirmed that the plane ran out of fuel at the time of the accident and Bolivian Airports Administration (AASANA) detected irregularities in the flight plan. They allegedly warned the crew about them, but the crew did not heed the recommendations. Bolivia's airport authority, AASANA, has filed the complaint against an airport official for allowing the charter plane to depart for Colombia even though its flight plan was in violation of international aviation safety standards. The official now faces up to four years in jail, accused of "failing to carry out her duties as a public official." The employee in question has arrived in Brazil, seeking asylum, while Bolivia has made a formal request for her extradition stating that she is merely trying to escape justice. She, on the other hand, stated that she sought asylum in Brazil because her ‘rights to a fair defense couldn't be guaranteed’. For sure more drama and fireworks will follow in the days to come as the full investigation uncovers several other lapses that led to this tragedy.

While the event has been reported very widely, public memory is very short and it would not be too long before the world forgets this event and moves on. In the circle of Aviation Safety professionals however, we need to learn important lessons and drive home some important points before that can happen, based on the information that is already available at this point in time.

1.    Your intentions don’t fly your plane – you do!           It has emerged that the Pilot, a soccer fan himself, cut corners and decided to fly direct without a refueling halt in an attempt to ensure that the team can reach their hotel in Medellin in good time to have a peaceful rest ahead of the all-important match next day. Very noble intentions and this is not the first time I’ve heard/seen someone cutting corners because they wanted to ‘deliver a better service’ to a customer or company. The lessen to learn here is You can never do what your aircraft is not designed to do! However good and noble be your intentions, the primary service that any customer or company needs from an aircraft or air operator is to reach their destination – alive and in one piece – not in a box. If that cannot be achieved, then nothing else matters. The end product of an air transportation service must be delivered safely, or not delivered at all. After all, if this matter had been explained to the team and the team members made aware of the risk involved in skipping an en-route refueling halt, I am sure they also would have arrived at a decision that it’s better to reach late than to take the risks involved in an attempt to get a good night’s sleep.

2.    Humans are very Risk-adaptive.        The data available in public domain shows that this same aircraft flew this same route at least twice before in the month of November 2016. On each of these occasions, although a flight plan was filed indicating a refueling halt at Cobija, on the border between Brazil and Bolivia, actually the aircraft flew direct without making the scheduled halt, taking advantage of strong tail winds. Considering that the aircraft had an endurance of 4:22 hrs. and the direct flight time to Medellin was also calculated as exactly 4:22 hrs. for sure it would have landed, on both those occasions, with an almost dry tank, despite the advantage gained by tail winds. Having successfully executed this very risky maneuver twice, the crew had become complacent to the risks involved in this activity and assumed that they could also pull it off a third time! The lesson to learn here is that We, the Humans, are very risk adaptive. We tend to very quickly adapt to repetitive risks in our work environment and stop seeing them as risks! It is for this reason that it is very important for the Safety Risk manager not to be a part of Operations Department, but to participate in all Operations activities as an external observer.

3.    Involve your Safety Manager in all Operational Planning.    The safety risk manager can only advice on what he/she knows. If the safety manager is not copied into Operational Planning communications, he/she will never be able to understand the environment and hence not be able to help with hazard identification or risk management! If the Safety Manager at LaMia had been involved in planning of this operation, for sure he/she could have offered some valuable advice or maybe even insisted on a refueling halt in Bogota, which the aircraft passed with 0:45 hrs. of endurance remaining.

4.    The best advice often comes from least likely sources.          While there is a controversy around what nature of advice/warning the airlines flight despatcher (who himself unfortunately perished in the accident) received from the controller who accepted his flight plan, assuming that what the controller has stated was correct, listening to her could have prevented the crash. The lesson here is that it is very important to keep all lines of communication open. No one is too small or unimportant to give valuable advice for managing our risks. Due to our risk-adaptability, or sometimes under operational pressures, we could be over-looking a risk that needs to be mitigated for safe operations to continue.

5.    If you have an emergency, DECLARE IT!         The aircraft contacted Medellin control on arrival and requested for a ‘Priority Landing’ due to a ‘Fuel problem’. At no point did the pilot state that he was low on fuel. He also only requested for a ‘Priority Landing’ and never declared an Emergency. Unfortunately, just before his transmission, another VivaColombia B737, that had departed from Bogota and encountered a fuel leak, had declared a ‘Fuel Emergency’ and requested diversion to Medellin. The aircraft was closer to Medellin and at a lower altitude in comparison to the LaMia flight, and obviously, the controller was correct in according priority to this flight over LaMia, asking LaMia to enter a hold and wait until VivaColombia flight landed. Even at that stage, the pilot did not declare an emergency and although analysis of the radio transmissions shows an increasing desperation in his voice and transmissions, he never stated that he was running out of fuel. He never declared an emergency! It was only much later that he stated ‘…we are with emergency fuel…’, even then not declaring an emergency! However, the controller was quick to catch-on at this stage and immediately cancelled the approach clearance issued to another aircraft, clearing the way for LaMia flight to land; but it was already too late. The lesson here is, when you have an emergency, DECLARE IT! Trying to save your ego is not worth losing your, and your passengers, lives!

As the readers can see, even though the investigation has just started and not everything is known, we already know enough to learn some important lessons and apply them to our operation. None of them are new and I have often stated that there are never any new causes for an aircraft accident. Every aircraft today crashes for the same reasons for which some other had already gone down in the past! For this reason, in the aftermath of every accident, it is very important to review our own operation and see if some of those, or other risk factors, remain unmitigated or are emerging in our environment.

After all, the word safety is defined as ‘… a continuing process of hazard identification and risk mitigation’!

A detailed explaination of these, and other human errors that impact high risk operations, and how to control them, can be found in my book, 'I, Human', available from the following links:

If you prefer to read on a computer, tablet or kindle device (Worldwide): http://www.amazon.com/gp/product/B01BMSS424

If you prefer to get a printed copy (Worldwide except India): https://www.createspace.com/6057423 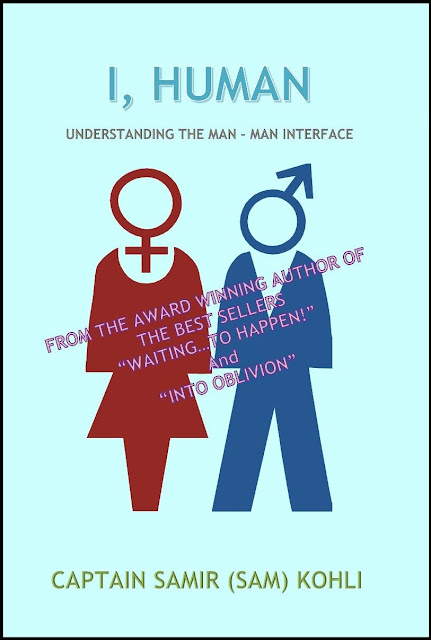 Kindly refrain from posting obscenity or advertisements. Users posting inappropriate or unrelated comments will be blacklisted from further postings. Thank you for your understanding and for maintaining the professionalism of this blog.